Ziering-Conlon Initiative: Expanded eligibility and $12,000 in prizes with travel provided!

The Ziering-Conlon Initiative at The Colburn School, James Conlon, Artistic Advisor, is hosting a national Art Song competition for U.S. and Canadian citizens under the age of 31.  This Initiative is inspired by LA Opera's "Recovered Voices" project. The objective of this competition is to introduce music of composers suppressed during the Nazi regime to young singers and collaborative pianists and to reward excellence in its performance. Live finals, with audience, to be held at The Colburn School on December 6, 2015. Cash prizes totaling $12,000 ($5,000 First Prize) will be awarded to all finalists. Plus, a fully underwritten residency at SongFest 2016 will be offered to the winner, courtesy of SongFest.  For those requiring it (singers and pianists), roundtrip domestic airfare and accommodations will be provided for the competition weekend. Meals are also provided. Apply by October 15 through YAP Tracker. 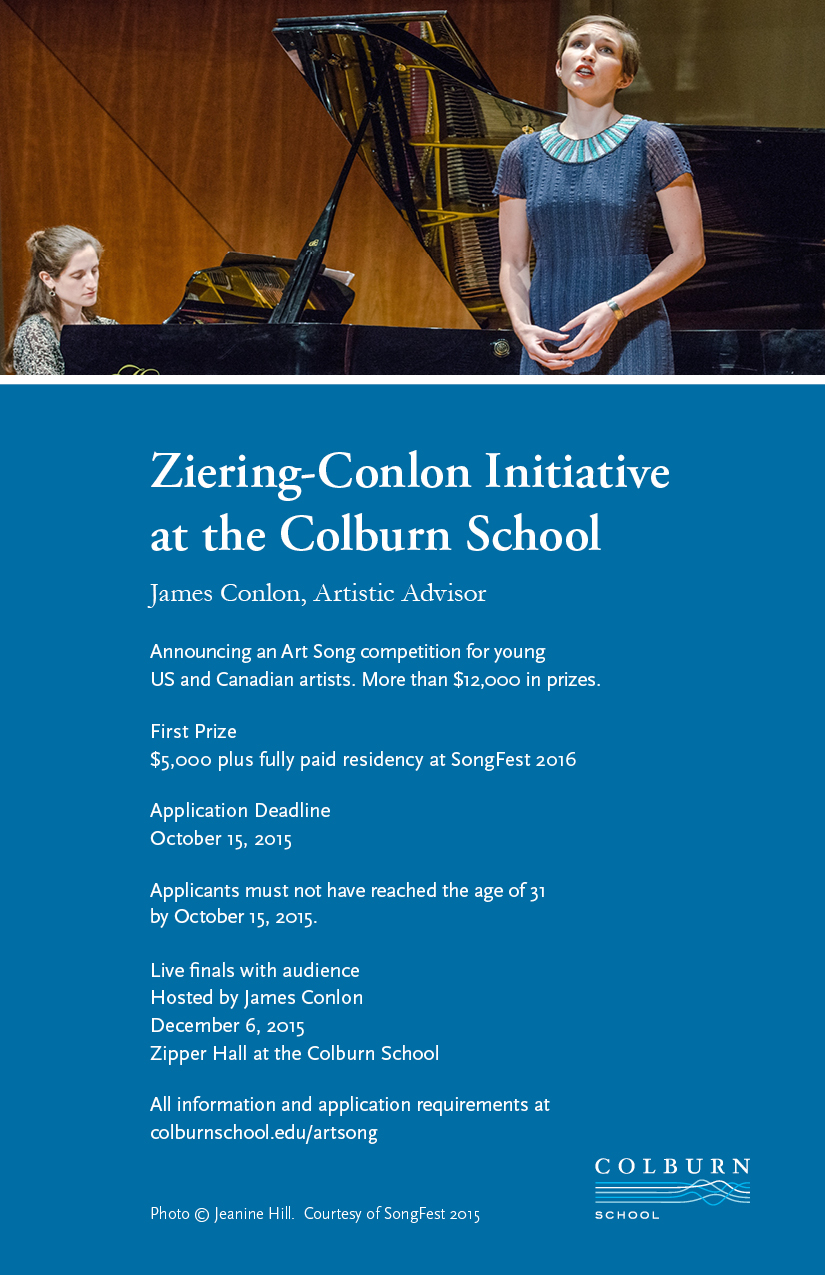