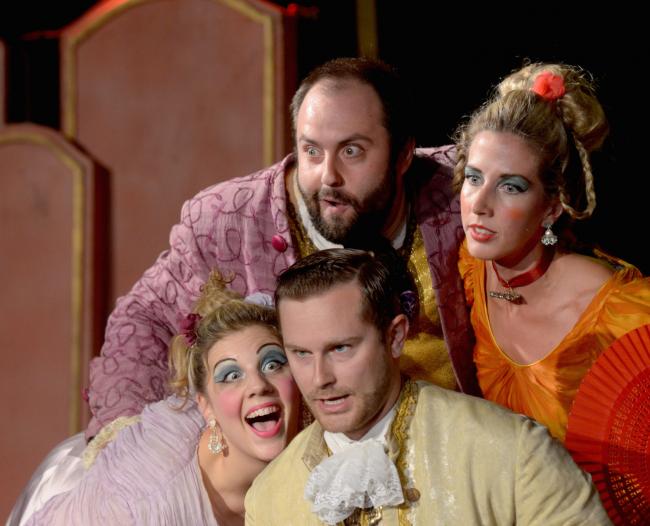 LOSW is a comprehensive opera training program designed for emerging professional singers considering a career in Europe, with a focus on the German theater system. We offer intense training in singing, movement, rehearsal process and role study, master classes, individual lessons and stagecraft instruction, as well as daily German language and diction coaching. In addition to performing a role in a fully-staged opera in a professional production with orchestra, students receive sessions in audition techniques and career management and have the opportunity to audition for German state and private agents.

Our faculty consists of European and North American professionals with active careers in leading theaters across Europe. Students benefit from our international faculty’s breadth of experience in workshops in career management, successful audition techniques, résumé building for the German theater system and receive a realistic vision of being a singer in Germany.

Since LOSW’s founding in 2008, many of our alumni have secured professional engagements in such theaters as the Deutsches Nationaltheater Weimar, Deutsche Oper Berlin, Semper Oper Dresden, Glyndebourne, English National Opera and other professional theaters throughout Germany.

Apply online at www.lyricoperastudioweimar.com; there is no application fee.