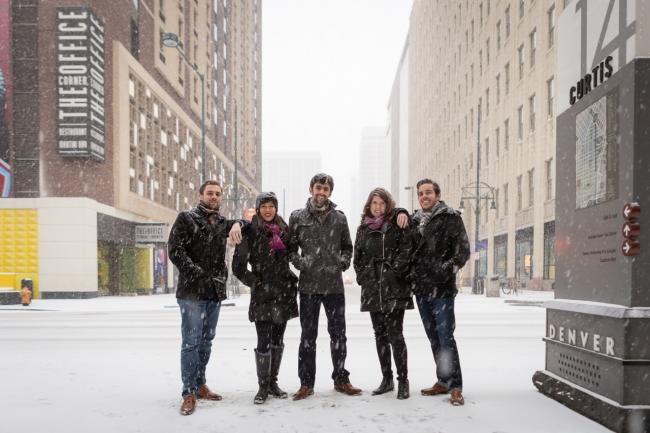 Opera Colorado is currently accepting TENOR and BARITONE applications for the 2017-18 Young Artist Program. This season, we will bring in seven young artists who will star in our touring productions and be featured or cover in our mainstage productions. We will hire at least one Tenor and one Baritone from the May 10th auditions. All other voice types have been cast for the upcoming season. The 17-18 season includes touring productions of Donizetti’s Elixir of Love and Rossini’s Cinderella. Our mainstage season is Puccini’s La Boheme, Verdi’s Falstaff, and the World Premiere of Cohen’s Steal A Pencil For Me. Along with being involved in each of these exciting performance opportunities, the Young Artists will be engaged to sing concerts all over the state of Colorado and be given the chance to coach with and learn from highly regarded professionals in the operatic world.

In a time when many American opera companies are downsizing, Opera Colorado is in the midst of a very exciting strategic expansion. This expansion not only grows our mainstage output; it is dependent on the growth of our Young Artist Program. Over the course of the next four seasons, the program will increase to ten Young Artists and become a two year, two tier program. As a result of the expansion, current and future Young Artists may be asked to return to the program for a second season.

Along with frequently being hired to perform as mainstage artists at Opera Colorado, former Opera Colorado Young Artists have gone on to be featured in mainstage productions at: The Metropolitan Opera, The Santa Fe Opera, The San Francisco Opera, Houston Grand Opera, Die Wiener Staatsoper, Salzburger Festspiele and as soloists at Carnegie Hall.

What former Opera Colorado Young Artists have said about their experience:
"Being a member of this program has given me the opportunity to develop into a true artist rather than simply a student of an art form. It has given me the confidence to move forward in my career knowing who I am, where my talents lie and the next steps to take in order to build upon my successes."

"My experience has made me fall in love with this art form again. I've not only grown as an artist; I've grown as a person. I am more comfortable and confident in my choice to pursue this as my career."

"Before joining the Opera Colorado Young Artists Program I felt inundated by the relentless opinions of many. The people at Opera Colorado helped me form a team of advisers I trust. They respect me for my unique talents and I know they would never lead me astray. Their honesty and integrity are reasons they are among the people I count as part of my team."

"Opera Colorado takes care of us. I was never pushed to sing anything against my will. I was allowed to explore repertoire, using it as a process for growth. It was an awesome change from school and other YAPs where I felt forced into the 'fach box'."

"I used to think community and school outreach was an obligatory rite of passage for this career. Being a Young Artist at Opera Colorado has turned that on its head. Instead of the amateurish kids' shows many companies produce we performed fully staged and costumed operas from the mainstream repertoire. Not only did I gain valuable experience and a solid resume credit from these touring productions, I learned the importance of engaging the community. Taking opera to people ranging in age from 3 to 103 who had never experienced it before was exhilarating. It made me realize my part in building the audience of the future; the people I hope will fill the seats in a major opera house for me someday."