Be a part of this year's Mildred Miller International Voice Competition as we search for America's best singers. Young professionals aged 18–32 are encouraged to compete for cash prizes and solo roles in SummerFest 2017, including a world premiere opera about social justice. We strongly encourage African-American singers to apply.

Winners of the Mildred Miller International Voice Competition will be offered roles in the following productions: 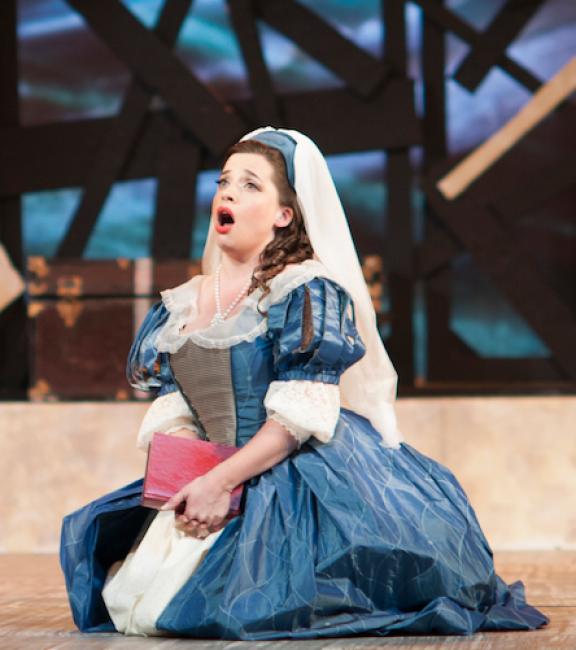 COMMENTS FROM PAST WINNERS
Andrey Nemzer, Countertenor, competition winner 2011, Met Finalist 2012, Operalia Awardee 2014.
Roles with Summerfest: Ramiro, La Finta Giardiniera; Old Lady, Candide; Monostatos, The Magic Flute
"I am so pleased to write to you, expressing the wonderful experiences I had at Summerfest 2012. You are all extremely talented and SummerFest is an amazing organization.  Everyone was truly devoted to the great art of Opera and all involved worked from the heart.”

Juan José De León, Tenor, Competition Winner 2012, now at The Metropolitan Opera, La Scala, Paris
Role with SummerFest: Tamino, The Magic Flute
“Performing with Opera Theater of Pittsburgh was a wonderful experience. I had the opportunity to revisit one of my favorite characters, Tamino, and breathe new life into him in a colorful and imaginative production.”

Elizabeth Baldwin, Soprano, Competition Winner 2013, San Francisco Symphony, Virginia Opera, Chatauqua
Role with SummerFest: Ariadne, Ariadne on Naxos
“Thank you so much for this incredible experience of getting to work on some of my favorite music and characters!! You are truly THE BEST and I have loved every minute of it!”