The International Opera Academy (IOA) offers an affordable two year postgraduate programme to help prepare young singers and accompanist repetiteurs for the complex job awaiting them in the opera world. Students are intensively prepared for professional practice and auditions through targeted courses with performing artists, and they benefit from the IOA's affiliation with several major European houses. Audition dates and deadlines are approaching: appointments are still available in Vienna, Barcelona, Berlin, Manchester, Essen, London, Lisbon, Helsinki and Ghent. Preliminary selections begin in December; the best participants will go through to a final round to work with our teachers (April 20-24, 2015).  All nationalities are eligible.

The preliminary selections in the process of auditioning a new batch of students (singers and piano coaches) starts in December 2014.

A special jury of professionals, including the intendants of Kunsthuis Opera Vlaanderen and La Monnaie/De Munt, will send the best participants through to a final round in which the selected candidates can work with our teachers (20th till 24th April, 2015).

They will ultimately select the group of students who will be allowed to start their two-year training at the IOA (October 2015 - June 2017). 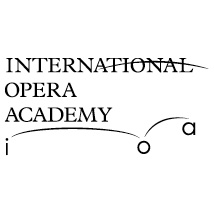