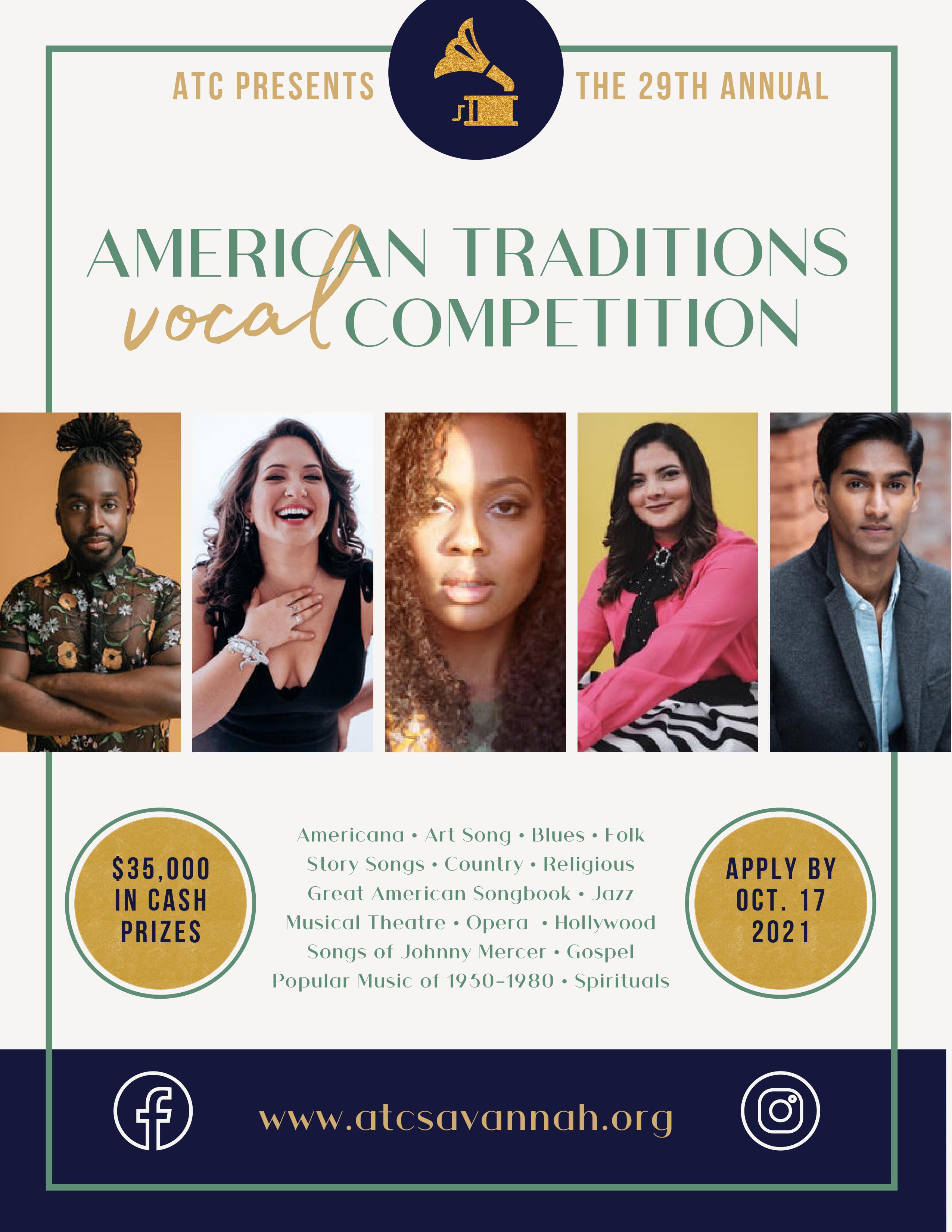 The American Traditions Vocal Competition is announcing its 29th annual, international vocal competition.  Held each year in beautiful Savannah, Georgia, the ATC (our abbreviation) is a celebration of the diversity and history of the United States as told through all of the musical styles present in our country.  Choosing from a list of fifteen accepted genres, each performer crafts three mini-programs of three songs each to create one macro program of nine songs.  All songs must be listed in desired performance order on the application, and the first "mini program" should include corresponding audio recordings for each selection.

Our preliminary judges listen to each applicant's audio selections without any information about the performer.  They listen for style, diction, intonation, tone, and all-around great singing.

Who competes in this competition?  In the past few years, our winners and contestants have come to us from theater, opera, jazz, country, bluegrass, and pop spheres.  Top 20 contestants from American Idol and the Voice have been in our final rounds, singers with leading roles at the Met, on Broadway, on National Tours; headliners for jazz festivals, bluegrass state-sponsored tours, USO, U.S. Army Chorus, high school chorus teachers - you name it!

We look forward to hearing your submissions and welcoming y'all to Savannah!