The Sonora International Opera Competition Francisco Araiza is striving to become an important stepping stone in the careers of up and coming opera singers from around the world, recognizing Francisco Araiza, one of Mexico’s most respected tenors and featuring over $40,000 dollars in prize money plus spectacular performance prizes such as:

The final stage of the competition will be carried out during the 15th edition of the Pitic International Festival, in Hermosillo, Sonora, Mexico, from May 25-30, 2017, having its initial auditions in a few cities around the world such as: Madrid, Mexico City, New Orleans, Tenerife, Oviedo, Barcelona, Paris, Hermosillo, Saint Petersburg and Malaga.

All contestants from outside of Mexico will receive between 200 and 500 US dollars to aid their travel expenses to Mexico. Their room and board expenses will be covered by the organizing committee. 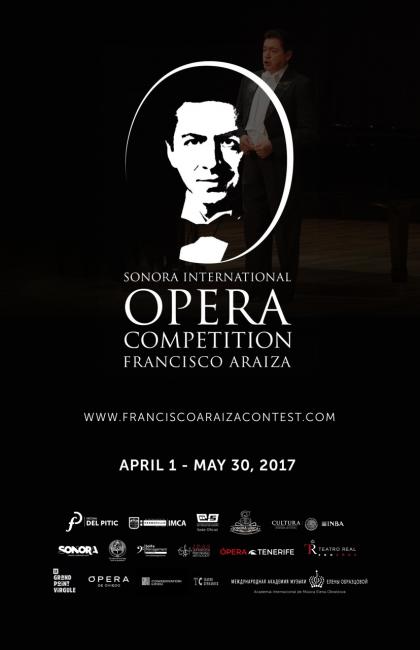